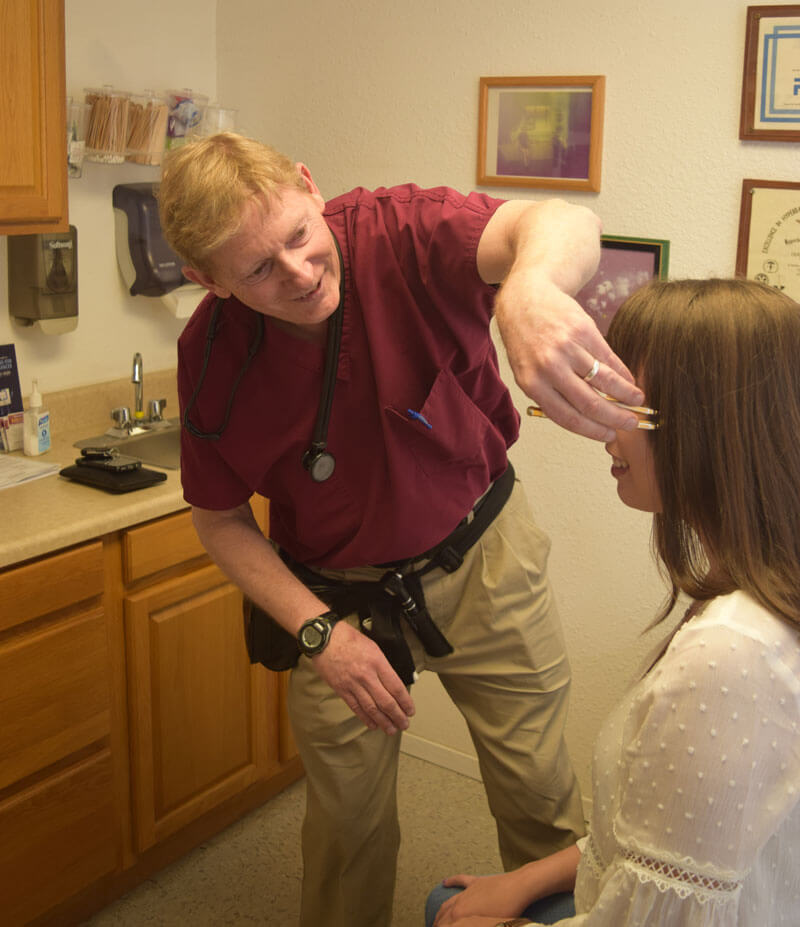 Dr. Dan is continually searching for new modalities to add to this list.
He likes to say "If all you have is a hammer — everything looks like a nail". Dr. Dan carries many different tools in his tool belt. You will rarely see him when he isn't wearing it.

Here When You Need Us.

Directions to the Clinic

Gorman is on TX Hwy.6 — about 19 miles southeast of I-20, Exit 340. The clinic is about four blocks southwest of the blinking traffic light on Hwy. 6.